“As a Member of Congress for the last seven and a half years, John Fleming has bravely and well represented his constituents in Louisiana’s Fourth Congressional District. He was one of the first Members to join the House Tea Party Caucus, and he has been a strong conservative voice inside the House GOP Conference. He has shown the courage to stand up to his own party’s leadership when that’s necessary (which, sadly, is way too often), and we find that a telling sign of a Representative’s character.

“On the issues, he is a solid Constitutional conservative – he opposes illegal immigration and wants to secure the border; wants to repeal ObamaCare AND Congress’s illegal special exemption from ObamaCare; opposes Common Core; wants fundamental tax reform to make the IRS Code fairer, flatter, and simpler, to create the economic growth that will lead to good new jobs; and has regularly voted against President Obama’s big spending requests.

“Consequently, on behalf of Tea Party Patriots Citizens Fund, I am pleased to endorse John Fleming for U.S. Senate in Louisiana, and I urge all voters in Louisiana to make a plan to be a voter for him in the November general election and the likely December runoff election.”

Tea Party Patriots Citizens Fund is committed to equipping grassroots activists at the state and local level with the tools and resources needed to hold elected officials and government accountable and elect new and qualified candidates.  For more information, visit www.teapartypatriotscitizensfund.com. 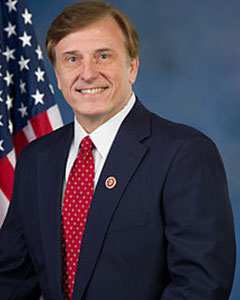