“Making the decision to endorse a primary challenge to the sitting Speaker of the House is not easy, nor something we take lightly. But we don’t shy away from tough battles just because they are tough – we were proud to help stir grassroots opposition to Speaker Boehner for years. Consequently, it is only after careful consideration, a thorough review of the incumbent’s record, much discussion with our grassroots activists, and a careful vetting of the challenger that we can announce our endorsement of Paul Nehlen for the GOP nomination for Congress in Wisconsin’s 1st district.

“Paul Nehlen is running for Congress for a simple reason – he believes Paul Ryan has abandoned and betrayed his constituents. He is not alone; this is a sentiment we hear repeatedly from our supporters in Wisconsin’s 1st district, and, indeed, from all over the country. They believe Washington Republicans – led by Paul Ryan – have turned their backs on their constituents, and chosen instead to throw in with the D.C.-based special interests. How else to explain Speaker Ryan’s insistence on breaking the budget caps, or pushing trade deals that will result in a further loss of America’s manufacturing base, or promoting so-called ‘comprehensive immigration reform’ that’s really code for amnesty, or refusing his own colleagues’ efforts to impeach IRS Commissioner John Koskinen?

“Paul Nehlen gets it. He knows the solution is not more government, but less; not more power in Washington, but less; not more influence for the Chamber of Commerce, but less. He will fight to lower taxes and reduce spending, and get government out of the way of the entrepreneurs who create jobs and grow our economy.

“On behalf of Tea Party Patriots Citizens Fund, I am pleased to endorse Paul Nehlen for the GOP nomination for Congress in Wisconsin’s 1st district, and I urge all Wisconsin 1st district voters to vote for him in the primary election.”

Tea Party Patriots Citizens Fund is committed to equipping grassroots activists at the state and local level with the tools and resources needed to hold elected officials and government accountable and elect new and qualified candidates. For more information, visit www.teapartypatriotscitizensfund.com. 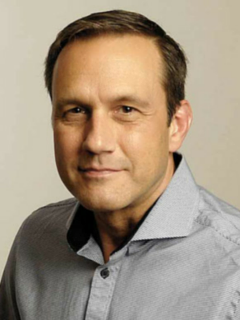